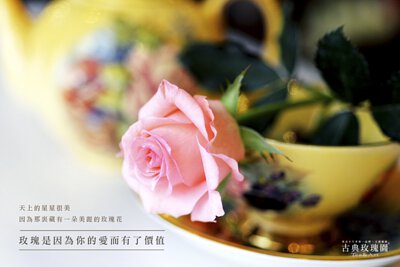 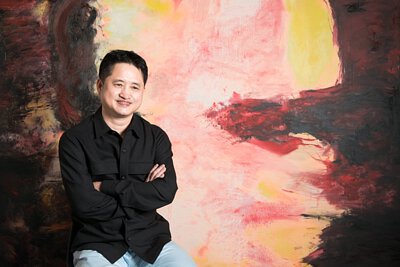 Robert Huang, the founder of Rose House, left his original job in real estate development and founded Rose House due to his passion for The Little Prince and the rose emblem in the book by Antoine Saint-Exupery. Rose House developed and branched into a chain brand with stores in Taipei, Vancouver, New York City, and cities in mainland China. Rose House started the High Tea culture in Taiwan and later developed other businesses such as Tea stores, to-go tea shops- TaoTao Tea, serving High Tea in the National Art Museum and heritage sites such as the British Consulate in Kaohsiung, and offering Japanese food in Taichung Shiyakusho. Rose House became the biggest afternoon tea business in Taiwan and also recognized as a successful model of a cultural and creative company.

Huang studied at Tung Hai University, Taichung City, Taiwan, where he earned his BA in International Business in 1982. During his college years, he also took a couple of courses in architectural design, which equipped him with basic skills of sketch and painting. After graduation, he, along with three of his college peers, involved himself in a community development project, called Utopia, to renovate an aging community in Taichung City into a cultural and creative community, which later became an archetype for a series of community development projects in Taiwan during 1985-1990. After then, he founded his own business, Rose House, a tea house in Taichung in 1990. Also passionate in classical music, he has chaired the Classic Orchestra of Taichung for 20 years; during which many young talents have been well trained and nurtured through his leadership and sponsorship.

In 1999, Huang’s work was first exhibited at Taichung City Cultural Center, and in 2000 at Changhua Cultural Center in Changhua, Taiwan. Besides, his work, Yellow Roses (1999), drew an attention to Visa card in 2003, which made him the first Chinese artist to work with Visa card and had his work imprinted on the cards worldwide. In 2010, he featured a solo exhibition at the National Taiwan Museum of Fine Arts, and also partnered in a celebrated drama production, Red Rose and White Rose, which premiered at China National Centre for the Performing Arts in Beijing. Furthermore, his artistry also extends to other artistic realms, as he is also a famed designer of exquisite porcelain and chinaware, being the only Asian designer for Aynsley china, the British Royal Family china supplier. His artworks were imprinted on the commemoration chinaware of the Royal Wedding of Prince William, and of the 60th Anniversary of Queen Elizabeth II Coronation. Today, his chinaware and porcelain works are greatly sought after by collectors worldwide.

Huang’s art embodies in his symbolic roses his passionate pursuits of both social traditions and self-explorations, integrating artistic dimensions, literary discourses, philosophical reflections, and religious dialogues to enrich the meaning of rose and life. As Asia Week commented,” through his love and ideal of his roses, Robert Huang has promoted cultural sophistication of life to new heights, ” His art speaks for the natural and eternal longing of all humanity. 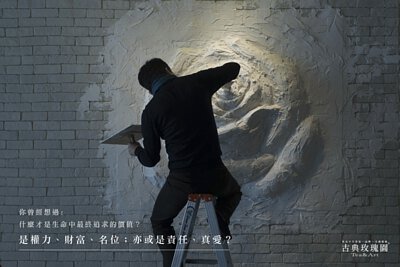